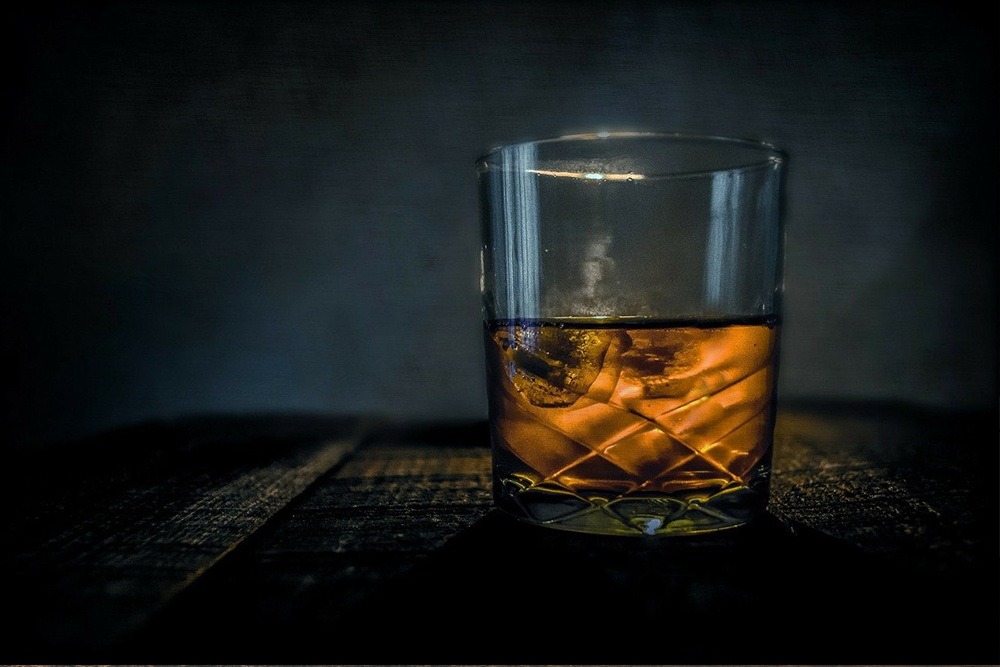 So you’ve explored all the obvious bars in London, now what? Well if you’re looking to avoid the popular grind of London’s busiest venues, then we’ve got you covered! London is filled with some fantastic hidden watering-holes, so for your eyes only, here’s our top 5 tucked-away, secret, hidden or otherwise nearly-impossible-to-find bars and speakeasies in London!

Pssst! If you’re heading to London why not check out our London City Guide?

Set inside the swish St. Martin’s Lane Hotel, behind the façade of a boutique tea counter, you’ll find the Blind Spot, a late-night speakeasy! This low-lit swanky venue offers bespoke and signature cocktails, bursting with flavours influenced by the British Empire and its ancient tea trade.

Now this place isn’t the easiest to find the first time around, but it’s well worth it when you do! Discount Suit Company has a tired, tatty looking facade and from it’s exterior, it certainly wouldn’t be anyone’s first choice for a fresh set of threads. However! Shock horror…they don’t sell suits but serve up some of the best cocktails Spitalfields has to offer!

Slip down the stars into this fairly small bar, full of subtle hints to the suit storeroom it used to be – complete with little wooden drawers lining the bar front!

This booze den is hidden inside London’s oldest whisky shop, Milroy’s! Head inside and explain that you want ‘in’ to the vault and you’ll be led over to the bookcase, revealing a blue neon-lit hallway leading to The Vault. This candlelit cellar bar come cocktail den is a cool and broody space. Like upstairs, whiskey is the key focus here, with bottles from around the globe, served straight up or into some fantastic cocktails!

Don’t forget to say hi to Chester, the house dog, who enjoys slurping water martinis by the bar!

The Mayor of Scaredy Cat Town

Now you’ll have probably walked past The Breakfast Club in Spitalfields before and you might have even ventured inside, but did you manage to spot the hidden bar? Entry is simple, speak to a member of staff and say that you’re “here for the Mayor”, and you’ll be led to a seemingly normal Smeg fridge…Strong sippers enter here!

We can promise you some truly rocking cocktails and even the ‘World’s Second Smallest Disco’, discreetly located in the toilet – complete with a glitter ball and the BeeGees!

For something a little out of the box, head to BYOC in Camden, a hidden cocktail bar that doesn’t sell alcohol! You read it correctly…BYOC stands for Bring Your Own Cocktail, simply bring your favourite spirit and their talented bartenders will conjure up some magic alchemy! They pride themselves on capturing the true spirit of a traditional speakeasy, putting great flavours at the forefront and of course…staying hidden!