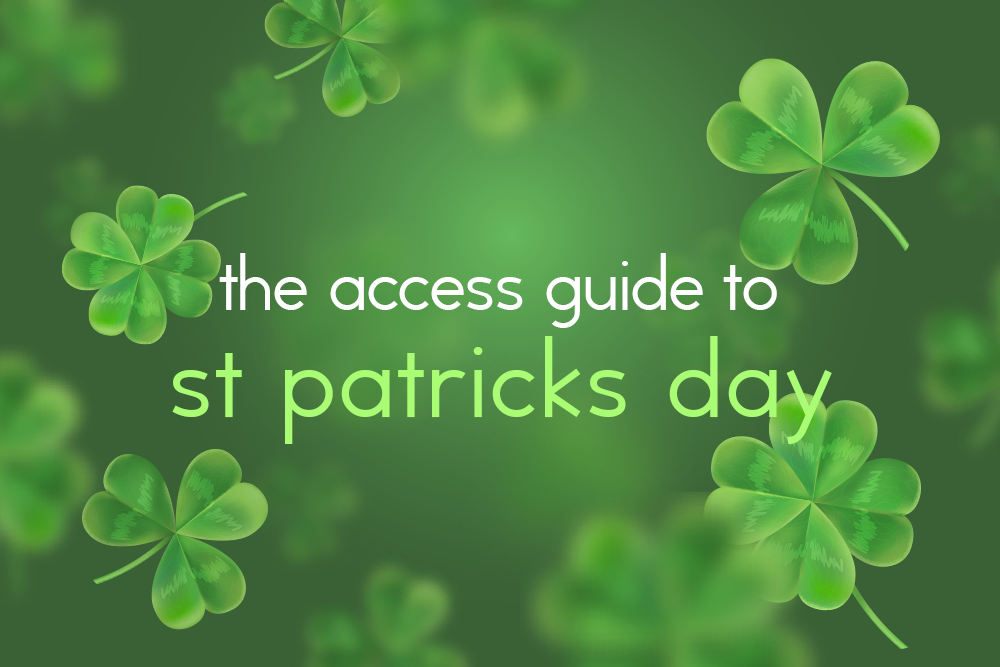 It’s time for St Patrick’s Day! Which can only mean one thing…it’s the month where everyone’s Irish! Although it’s not necessarily a public holiday in England, London always marks St Patrick’s Day with a bang! This year, the main celebration will be taking place on Sunday 17th March and this year’s grand theme is #LondonIsOpen. So, if we were you we’d definitely get in touch to book those all important train tickets and find the best rate on an overnight stay in the capital. One tipple.. or many you can enjoy and rest in the best London has to offer

So here it is… our ultimate guide to celebrating St Patrick’s Day in London!

The heart of London’s St Patrick’s Day celebrations is of course the parade, bursting to the brim with floats and processions. Plus, the Irish are experts when it comes to partying, so you can be sure that you’ll have a blast! This awesome parade makes its way from Hyde Park Corner, down Piccadilly and Haymarket and through to Trafalgar Square on a 1.5 mile route. Along the route you can catch a glimpse of everything from Irish dancing schools to marching bands and sports clubs from the UK and America…You might even see the odd leprechaun! In true Access style, we couldn’t have a blog post without mentioning our favourite thing… films! Why not join Irish Film London at Regent Street Cinema, for this year’s Irish Film Festival, featuring the latest and greatest Irish film and animation as part of the city-wide celebration of all things Irish. This year’s theme is Diversity and Inclusion, inspired by the #LondonisOpen campaign, so we reckon you need to see at least one to catch a true glimpse of Irish film!

The Best Irish Pubs and Bars in London

Howl at the Moon

This epic Irish pub specialises in craft beers, real ale and cider (as opposed to Guinness), plus there’s live and traditional Irish music every Saturday or Sunday – and for St Patrick’s Day this year, the pub will take over Hoxton Community Garden with this rousing entertainment.

Standing for well over 400 years, The Tipperary is famously London’s oldest Irish pub! Way back when, The Tipperary was the first place outside of Ireland to serve bottled Guinness, and to this day they’re still still one of the best places to enjoy a drop of the famous dark liquid!

This Soho pub could easily be mistaken for a Guinness museum with all it’s marketing posters covering the walls! So if you’re after a pint of the black stuff, this is your place! Even better, the Toucan offers up some of the best Guinness cocktails around, but that’s not all no sir-ee! If you’re looking for a tipple of Irish whiskey you’re also in luck, the Toucan proudly has some rare breeds adorning its shelves! If that wasn’t enough to tickle your tastebuds, then hang on minute – The Toucan serves some of tastiest (and heartiest) Irish dishes around!

If the golden nectar that is whiskey is more your thing than the Irish goodness of Guinness, then there’s a place for you amongst the celebrations! The mixologists at 68 and Boston in Soho are putting on a Teeling’s whiskey masterclass. So here’s what we can promise….three different varieties of whiskey, soaked up with some epic Irish canapés. The masterclasses will take place on the 15th and 16th March. One thing is guaranteed….this one will book up fast, so book in quickly! Speaking of all things Irish…did you know we have an office based at Ardmore Studios? The studios have welcomed 100’s of production companies and 1000’s of actors over the years. Playing host to Braveheart, The Tudors, Penny Dreadful and Little Women… to name just a few.