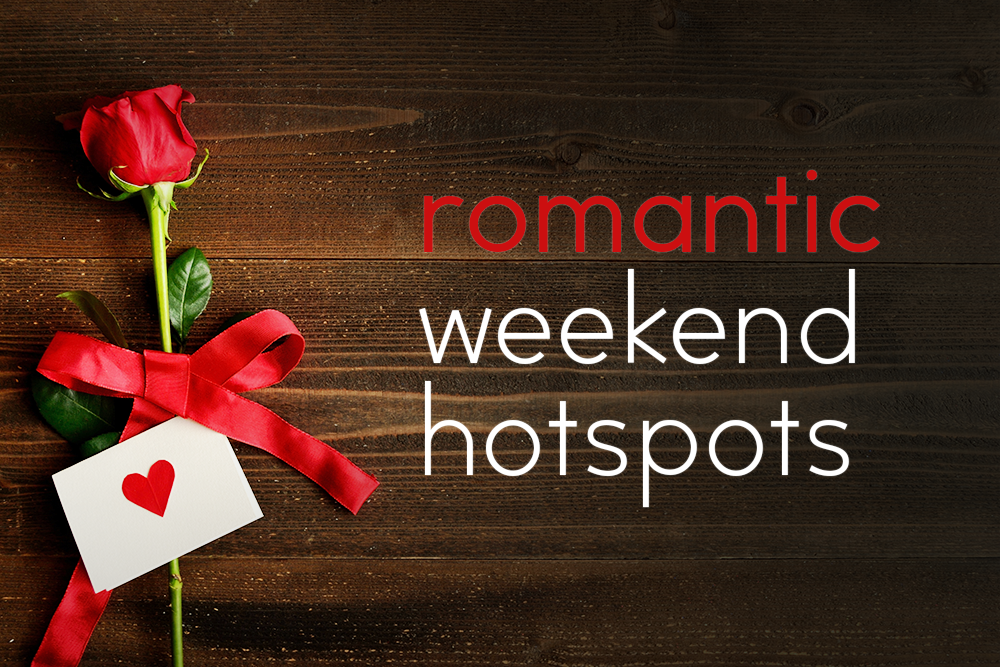 Sometimes a dozen red roses just won’t do! Why not make a grand gesture to that special someone in your life this Valentine’s Day and treat them to a romantic weekend away? There’s no denying that Valentine’s Day isn’t for everyone (especially if you’re single…), from cliché proposals to sobbing into leftovers, we’ve all had a Valentines we’ll never forget (be that for the good or the bad)!

So, whether you want to ignite a spark on the Mediterranean coastline, fan the flames of a slow-burning romance in Portugal, or have a solo city break, we’ve got a bit of something for everyone in our handy weekend getaway guide!

Pssssst! Before you click-away and say ‘but I’ve heard of the number one romantic hotspots in the world though’, wait! We’re here to tell you the best destinations off the beaten track! Lisbon might be the rising star in the mini-break scene, but Portugal’s second city is hot on its heels! With dimly lit streets that invite stolen kisses, the charming Douro River, and a nostalgic atmosphere typical of Portugal, Porto welcomes romantics looking for a memorable visit!

Make sure to make the most of being in the birthplace of port and book yourself in for some port tasting! Just off the west coast of Greece, Kefalonia is a perfect destination for getting away from the hustle and bustle of city life! Despite it’s luxurious, sandy beaches, it hasn’t been overtaken by mass tourism. Step a little outside the main town and enjoy lush mountainous scenery.

Kefalonia is ideal if you love hiking, remote beaches and laid-back towns but don’t forget to go for a sailing trip around the island! Flights to the unforgettable city of Venice, often land in Treviso (a good 20 miles away), but there’s more to this stop-off city than it seems! The centre of Treviso is a little walled city, with medieval gates, rose-red brick arcades and narrow, cobbled streets.

Experience picturesque flower-draped canals to the soundtrack of popping prosecco corks. However if you still want to see Italy’s most romantic city, Venice, it’s only a 30 minute train ride away! Scandinavia has a lot more to offer than flat-pack furniture and Noirish TV shows, however it’s probably not an obvious romantic destination for many! Gothenburg is a much smaller and calmer city compared to Sweden’s capital, Stockholm, however it’s gained a reputation as being the must-visit destination for any foodie!

Head to this city to experience some of the best food Sweden has to offer, lush independent shops and waterfront culture. Don’t miss the infamous Café Hursaren, home to super-sized cinnamon buns! The Hague, The Netherlands

A city more known for its politics and social justice, the city boasts beautiful art museums, historical monuments and lots of high-end shopping!  It might not have as many canals or the coffee-culture that Amsterdam has, but it more than makes up for it with laid back vibes, friendly locals and more than enough culture to indulge in!

Like no other city in the Netherlands, The Hague offers a surprisingly unique combination of city life and beach life, so you can even be sure to top up your tan!