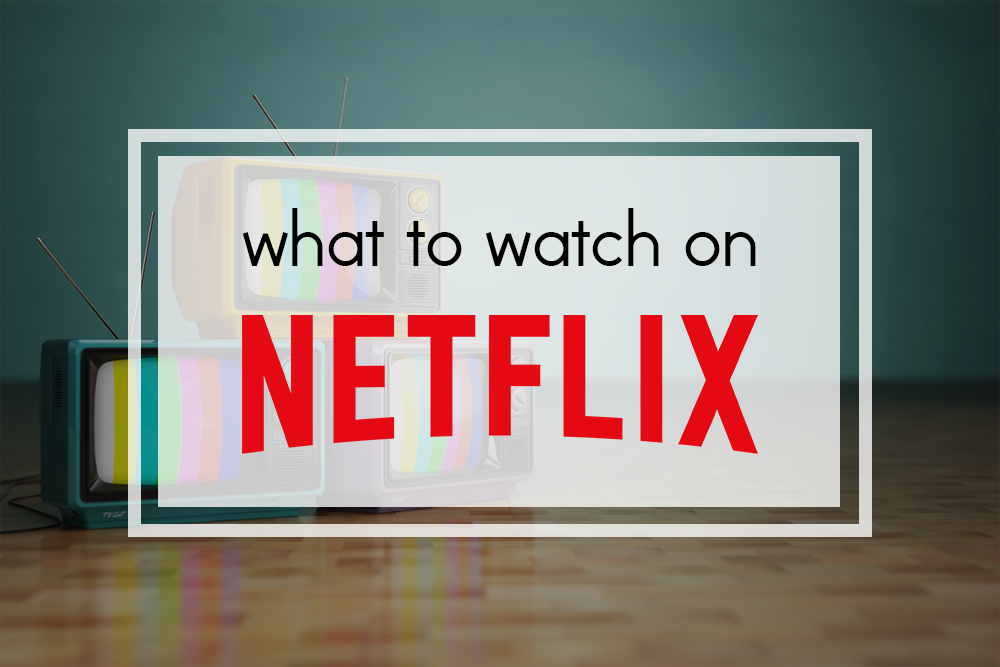 Preparing to hunker down for a lengthy staycation? Or perhaps spending quite a bit of time at home in self-quarantine? Well, if we were hazarding a guess, we reckon you might be in serious need of a good series to binge watch right about now!

Whatever your reason for embracing the introverts lifestyle, the times never been more perfect to kick back, relax and catch up on all of the best TV series and movies you’ve been meaning to watch! We’ve put together a list of our top suggestions on Netflix that’ll help you to waste some time and be a welcome distraction from the news rolling in.

Now seeing as this could be a while, we’ll be back next week with the top series on Amazon Prime! The Netflix original series, Narcos, traces the rise and fall of real-life drug kingpin Pablo Escobar and the US and Columbian authorities who worked to track him down! The show originally built a compelling two-season crime thriller around his astonishing life and death. But while Escobar died, Narcos (and it’s steaming empire) needed to go on. A third season followed another Colombian cartel.

Just what you need, something a little light hearted and that has a lot of sass! Ru Paul’s Drag race has sped it’s way to the top of the viewing charts in the US and has produced a spin-off in the UK (available on BBC iPlayer)! Hosted by the world famous drag queen RuPaul, the show has a whopping 12 series on Netflix! The general gist of the show is finding America’s next big drag star, through a series of challenges in every episode!

Considered to be one of the best TV series ever made, Breaking Bad follows a supposedly mild-mannered chemistry teacher, who discovers he has cancer. In order to repay his medical debts and to secure his family’s future, he decides to get into the meth-making business alongside his former student Jesse Pinkman. Five seasons, a spin-off series and a one film (El Camino) later, Breaking Bad continues to be one of the best to binge!

Watch the spin-off/prequel, Better Call Saul, and you’ll clock up an extra 1 day and 20 hours of watch time!

Possibly Netflix’s most renowned series, the sci-fi hit Stranger Things, tells the story of four young friends in 1980’s Indiana, who witness supernatural forces and secret government exploits. As they search for answers, the friends unravel a series of extraordinary mysteries.

If you want a trip back in British history, we highly recommend this one! The Crown follows the life of Queenie (Elizabeth II), who is somewhat propelled to the throne. The drama deals with the aftermath of World War II, the marriage to Prince Phillip and of course the everyday ruling of the monarchy.

The show does intend to cover the entirety of the Queens life, with Claire Foy playing the young queen in series 1 and 2, Olivia Colman in series 3 and 4, and rumour has it Imelda Staunton will play Elizabeth in her twilight years. Now this one is possibly the longest Netflix film of all time, The Irishman clocks in a whopping 3 hours and 29 mins! Now you’ve probably heard about it, watched the trailer, seen how many award nominations it’s got and already added it to your list.  You’ve also probably stopped on it several times and looked at how long it is and thought…maybe save this for another day! Well now you’ve got all the time in the world!

Set in the 1950’s, hitman Frank looks back at the secrets he kept as a loyal member of the Bufalino crime family! Starring Robert De Niro, Joe Pesci and Al Pacino this is a blockbuster hit you must see!

This cathartic, award-winning movie is perfect for anyone who’s either in need of a good cry or someone who doesn’t want to watch something that makes them miss their partner whilst they’re self-isolating! If anything, it might make you glad for the space!  The story explores the struggle through a gruelling, coast-to-coast divorce, which pushes them to their personal and creative extremes.

Comic book fans enter here! Ahead of the release of the sequel, Wonder Woman has hit Netflix. If you need to channel your Wonder Woman personality or if you feel like living vicariously through a tough as nails Amazonian woman, as she fights the literal god of war, then this is the film for you!

To All The Boys I’ve Loved Before

Netflix has recently become an unexpected champion of the humble romcom and this film is possibly one of the ones that established their reputation! The film (based off a true story) follows Lara Jean, a shy high-school student who writes pretend letters to her crushes. This backfires (obviously) and the notes are made public. In order to preserve her dignity she enters into a fake relationship!

If you watch this and the sequel film ‘To All the Boys: P.S. I Still Love You’, we reckon you’ll have ticked off most of your favourite romcom tropes!

Not for the faint of heart, this film is perfect for solo viewing, not only because it demands your full attention but also your silence! The story follows a family of survivors in the aftermath of a mysterious invasion. Forced to venture into the unknown, they quickly realise that the creatures that hunt by sound aren’t the only danger lurking out there…