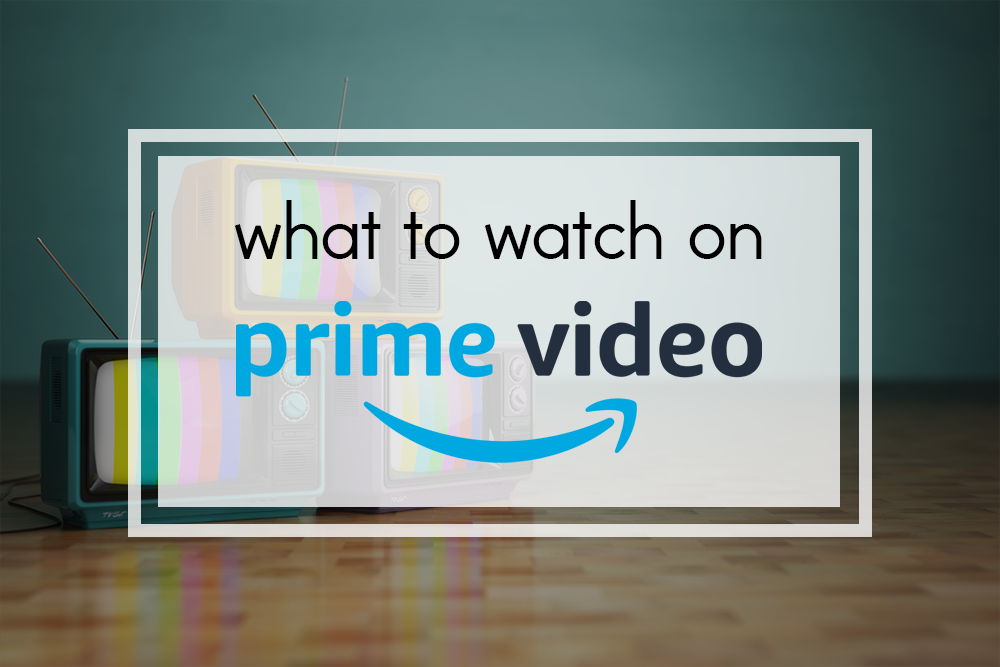 If you’re still hunkering down at home in self-quarantine or abandoning your holidays for a lengthy staycation, we’ve got the blog for you!

Whatever your reason for embracing the introverts lifestyle, the times never been more perfect to kick back, relax and catch up on all of the best TV series and movies you’ve been meaning to watch! So last week we had a gander at the best binge-worthy content on Netflix, this week we’re back looking at our top suggestions on Amazon Prime! Amazon Prime only gives you access to series 1-8 of AMC’s cult classic, The Walking Dead, but you can purchase the extra or watch on Now TV! Now if you haven’t already heard of it (how haven’t you), plain and simple, it’s about zombies. Former police officer Rick Grimes leads his family and a bunch of randomers on the hunt for a safe place to live following a zombie apocalypse.

The prequel, Fear the Walking Dead is also available on Amazon Prime and will rack you up an extra 2 days 22 hours amount of watch time!

Vikings is loosely based on the life and exploits of 9th century Viking ruler and king, Ragnar Lodbrok, one of the most legendary Norse heroes! Now if you’re a Game of Thrones fan, this one doesn’t quite match the level of complexity, but it’s a solid, well-written series! Whilst Viking life isn’t always historically accurate, this drama is chock full with some of the best ancient action Prime has to offer. If you’re into crunching violence, axe battles and brute force then this is the one for you!

It was an agonising wait for Mr. Robot in the UK, the first season had ended before we even got a look in, but Amazon fought tooth and nail for the show! Mr Robot follows Elliot (Rami Malek), an isolationist cyber-security expert turned vigilante hacktivist! His main aim – to take the power away from corrupt organisations and faceless corporations and give it back to the people!

This award-winning show has now concluded and you can binge watch all 4 series off the bat, knowing you don’t have to catch up later on down the line!

Arguably the best sci-fi show since Battlestar Galactica (old school we know), The Expanse is based on the novels by James S. A. Corey! It’s set 200 years in the future, where humans have colonised most of the solar system (we’re not far off doing this let’s face it).

Now of course like every sci-fi drama it’s not an easy ride, especially with political tensions and constant conflict between Earth, Mars and the asteroid belt! One thing is for sure, you won’t regret binging this amazing sci-fi original!

There simply isn’t a better show to binge watch when you need a pick me up than this one! This show will forever go down in history as one of the greatest comedies ever made, mainly due to Amy Poehler’s hilarious nature!  Follow Leslie Knope, the bright and ambitious director of the Parks and Recreation department in a fictional Indiana town, chronicling her day-to-day hilarious issues.

All seven seasons of Greg Daniels and Michael Schur’s (Writer of The Good Place and Brooklyn 99) hit show are now available on Prime. Now this one might be a bit ironic right now considering the fact the supermarkets look like a re-enactment of the The Hunger Games themselves. We’re not just suggesting you watch one of these, but by all means go ahead, we reckon you could fit in 9hrs of total watch time right now! The four movies follow Katniss Everdeen, as she rallies against an authoritarian, dystopian state. Not forgetting she volunteers to be thrown into the life and death combat arena of the Hunger Games, where only one person can survive!

Possibly one of the highest rated films in 2019, this film delivers some of the best technical mastery and emotional savagery Prime has to offer! Florence Pugh gives a knockout performance as a young woman dealing with insurmountable tragedy as she journeys abroad with her somewhat checked-out boyfriend and his friends. Amongst all this she seems to have wound up smack in the middle of some sort of terrifying pagan ritual…suspense and horror fans enter here!

Greta Gerwig’s directorial debut Lady Bird, is an awesome coming-of-age movie, it even had the highest approval ratings back in 2017 and has been rated the 5th best movie of all time by Rotten Tomatoes! Christine (Saoirse Ronan),who has decided that she only wants to be called Lady Bird… attempts to navigate the academic difficulties of high school (a Catholic school, no less), whilst finding herself in various stages of love with two very different boys.

If you’re a fan of behind-the-scene Hollywood stories with the odd bit of romance thrown in, you’ll probably like Late Night! The film follows a young woman (Mindy Kaling) who joins the all-male writing staff of a formerly famous but now in decline late night host, played by Emma Thompson. This is an all round funny, biting look at the comedy world and how tricky it can be to break into the television business!

We know its not Christmas season yet (by the time this is over it could be…), but if you haven’t watched this box office busting romantic comedy at least once, you need to now! Most people will know the plot by heart but for the somewhat uninitiated, the movie follows a series of love stories, which intertwine unexpectedly. It doesn’t need to be Christmas to warm even the most cynical of hearts!